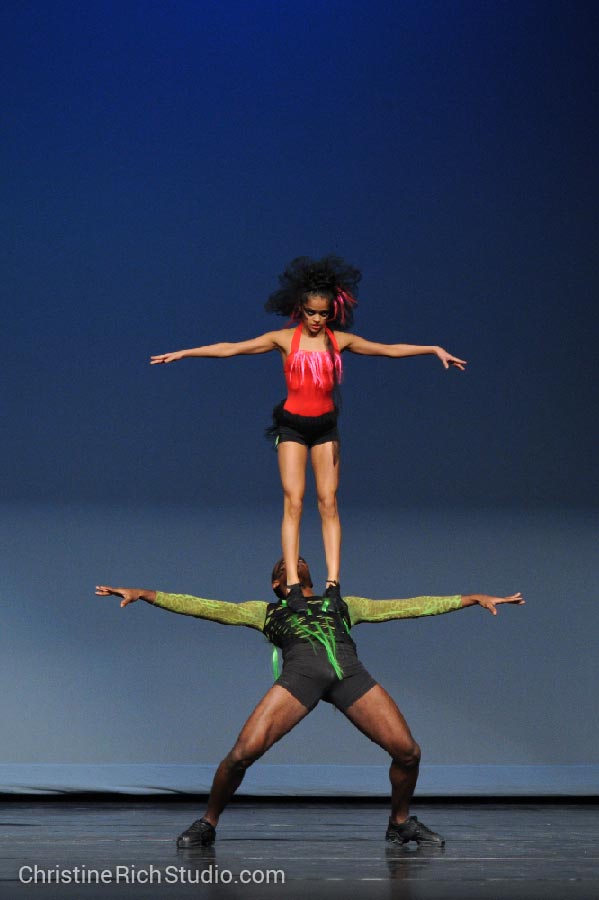 Looking beyond our societal-limitations and book-cover judgments of others opens a playground of possibility when raw talent lurks. Sometimes you must rattle a few cages (including our own) to get to the next level.

Remember the movie, Fame when the non-professionally trained dancer did her thing in front of the staid judges? The movie’s heroine broke all the audition rules yet gained entrance to the ballet school based on her raw talent potential.

When you see raw talent, it’s your duty to pay it forward and give it a chance to blossom. This includes exposing your own hidden abilities.

One day, an eighteen-year-old street dancer walked into my dance studio asking for free ballet lessons. He was beyond poor. Anthony didn’t know his father, his mother worked two jobs and his food consisted of one banana a day. His family could only flush the toilet once a day in their home because it caused a flood each time. Mold patterned the walls like an abstract splotchy black wallpaper.

His passion for all things hip-hop was huge. Yet here Anthony was for ballet class. Watching him awkwardly try to still himself at the ballet barre made me wince, but spying him later in an empty classroom practicing standing in first-position endeared me to him.

I observed him for three weeks. Despite a formidable late-start, his sincerity to learn ballet never wavered. He had a dream. “I want to be a real dancer,” he said.

There was an international ballet competition coming up. It was for the best of the best world-wide ballet students. They were all athletes in their own-right and future ballet company members in-the-making.

I felt this push from within to create a contemporary duet for the prestigious competition. Anthony couldn’t go as a soloist competitor, but in the ensemble category, he could get stage time if I tailor made a piece that he’d grow into. I wanted to give Anthony a shot at his dream. An against-all-odds pairing of Anthony, now in beginning ballet, with a promising eleven-year-old girl (only in ballet level one) began our adventure.

I was looking beyond the expectations of the esteemed competition judged by the ballet greats of our time. They expected classics.

I’d have to break the rules. I saw two dancers with raw talent. It was a risk I was willing to take.

Since it was contemporary dance, I would weave ballet and modern dance moves. But I wanted to create choreography that had an emotionally driven story. I decided on animal archetypes—siblings—with a haunting musical score.

What we lacked in technical mastery, we made up for in emotional mastery and my dancers practiced like crazy absorbing every critique. They looked past their self-limitations of stamina, ability, the known and the unknown. They kept working. Hard.

Three months later, I sat in the audience awaiting their dance’s announcement.

Anthony, from backstage, tossed his partner onto the stage like a bag of potatoes, followed by his sky-high cat like leap to a squat where they both hissed loudly at each other.

It got very quiet in the theater full of balletomanes.

With animal athleticism, spins, leaps, and yes, one standing kick-over back flip from Anthony’s street repertoire, the dance never let the audience catch their breath.

The last few seconds built with Anthony looking away from his partner as she ran and flew in the air with Anthony turning at the last second in time to see her and catch her. The audience exhaled and, after a few seconds, exploded in applause.

Despite the obvious success, I fully expected to have a competition representative hunt me down for some tar and feathering.

As raw talent does, Anthony and his partner magnetized accolades later. He stood proudly in his first-ever navy blue suit—one a community member gifted him.

There’s always something exhilarating to witness, if we can look beyond the confines of limitations and burst forth with the zeal of raw talent.

Oh, Species Disturbed won a 99 percent score, first place in Ensembles category, Outstanding Choreography, and a trip to NYC for the finals. Anthony got his moment of fame all from having the courage to walk in my studio and ask for free lessons. He looked beyond a possible “no.”