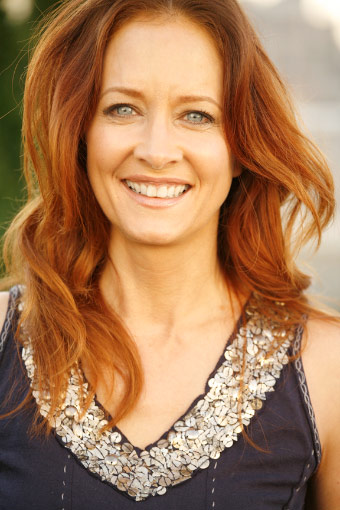 Christine Rich, founder of the Christine Rich Studio, author, and dance teacher is a seasoned and skilled professional with years of a variety of experience that she continually draws from today. Starting from the plains of Central Illinois, she has seen success in the likes of New York City, Los Angeles, and Chicago in dance, acting, fitness, comedy, choreography for professional dancers, exercise patents, teaching dance students and elite competition dancers. Always innovating, Ms. Rich continues to expand her talents and develop her students to their highest potential as the CRS Studio Director.

Christine Rich trained in dance starting at age 9 with an outstanding dance instructor and exceptional choreographer, Janet Streenz, who Ms. Rich recognizes today as a leading mentor for creative choreography and outstanding teaching. Training continued at the National Academy of Arts and University of Illinois before continuing training in NY, LA and Chicago as she endeavored in other aspects of movement and the arts. The early years of dance training always served Ms. Rich in whatever she set about doing later in life.

After being discovered by a New York talent manager as a young adult, Ms. Rich was signed by the Ford Modeling Agency in New York City for their commercial modeling division. Ms. Rich was photographed for numerous advertisements oftentimes incorporating her dance background with modeling. She was the “face” of the spring line of Charles of the Ritz cosmetics as well as acting/dancing in many TV commercials including Chic Jeans, Chevrolet, Crystal Light, and Pennsylvania’s Lotto, to name a few.

Ms. Rich naturally developed the aptitude to act and began acting classes on both coasts. Her first film starring Danny DeVito and Harvey Keitel was directed by Brian DePalma, earned her a Screen Actor’s Guild membership. She went on to co-star opposite Tom Berenger shooting on location in Manhattan. Filming continued on both coasts. She appeared in the infamous Rodney Dangerfield’s “Young Comedians” which launched the careers of famous comedians today. Numerous recurring roles in soap operas, situation comedies and prime time dramas led to an AFTRA membership as well. Ms. Rich co-starred in the Movie-of-the-Week pilot episode of “Quantum Leap.” Additionally, Ms. Rich instructed commercial acting classes and was a founding member of an LA based comedy improv troupe.

In addition to her acting credits, Ms. Rich has danced in numerous TV specials including television award shows. As a lead dancer, she has worked with choreographer Lester Wilson (Motown 25th Anniversary Special with Michael Jackson), in “Supermodels of the World” with host Ben Vereen, as well as music videos and short films.

Christine had the opportunity to meet Nancy Reagan, Gene Kelly, Michael Jackson, Andrew Lloyd Webber, John Stamos and the Full House cast, and many other talents.

While in LA, Christine taught at numerous dance and fitness studios in addition to teaching jazz and yoga at Los Angeles Valley Community College.

After starring in many fitness videos in NYC, Ms. Rich became inspired to design a fitness product in LA. After extensive research and product testing, Ms. Rich developed a prototype which she then licensed to European and Seattle based equipment manufacturer Tunturi International. Tunturi dubbed this new fitness gem “The Seat Shaper” and hired Ms. Rich to be its spokesperson and star in the fitness infomercials, TV commercials and literature. QVC, a TV shopping network, asked Ms. Rich to appear on camera with their show hosts to promote the “Seat Shaper.”

After sell-outs of inventory and an overwhelming audience response, QVC created their own cross-training fitness products which they hired Ms. Rich to promote on air. Ms. Rich appeared numerous times on QVC demonstrating the fitness lines including the biggest fitness day of the year, New Year’s Day with the celebrity fitness spokespeople.

Ms. Rich went on to invent a second resistance exercise device which is currently used nationwide and locally in the Sports Medicine field and by the trainers at a National hockey team. Ms. Rich received two U.S. Patents (one for a fitness product and one for fitness exercise) for “The Miracle Band” and produced her own series of exercise videos. 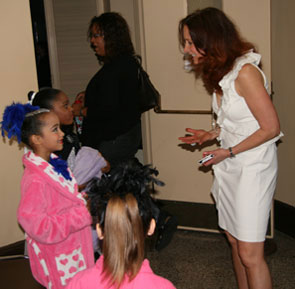 In 1993, Ms. Rich returned to Central Illinois to focus on the educative art of dance, founding the Christine Rich Studio. The Studio focuses on high quality instruction in a creative environment including cross-training and performance opportunities for future careers in performing arts.

In 2001, Christine created the Christine Rich Dance Theater for her concert dance choreography. Since 2002, she has created numerous world premieres for the Dance Chicago festival, all appearing on every evening of programming including the Opening Night and Finales. Ms. Rich was selected to be a choreographer in the Dance Chicago 2004’s Choreography Partnership. She created a world premiere for Cerqua Rivera Art Experience entitled “The Look of Love.” Ms. Rich has received numerous awards and recognition for her choreography and has broken records as a choreographer at the country’s largest professional dance festival, Dance Chicago, where her works have recently appeared with the Joffrey Ballet, Hubbard Street Dance Chicago, River North Chicago Dance Company, and Joel Hall Dancers. Reviews in Chicago state that Ms. Rich’s choreography “… is perfectly done.”

Christine Rich has won the prestigious international ballet competition Youth America Grand Prix Outstanding Choreographer Award twice, in 2005 and 2011. In 2014 she was added to the list of elite choreographers available for creating contemporary choreography pieces for YAGP.org participants around the world.

“Ms. Rich is a dance genius.  She is a master. She leaves no stone unturned and can take a student with few skills and produce them into a professional in their young teen years in such a way it takes your breath away. She instills brilliance in her students. Run to take class with her. No one compares.”

Christine is passionate about challenging each student of dance to aspire to their highest potential at all times. Through innovative teaching programs and choreography she seeks to astound her dance families and audiences of dance.