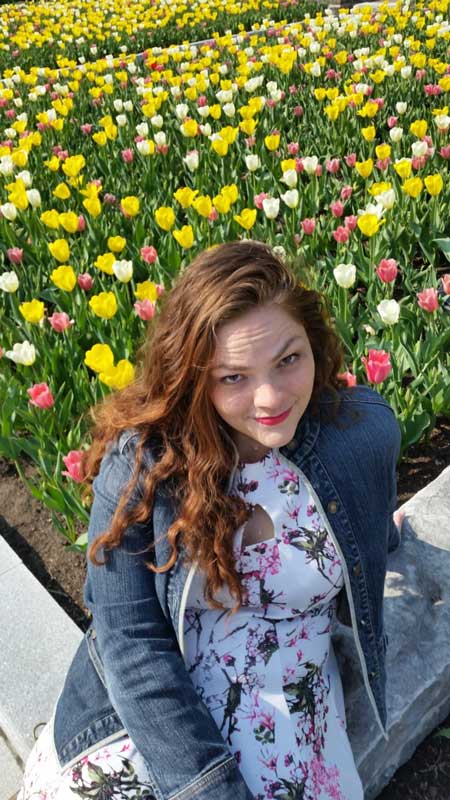 Michelle Johnson began dancing with Christine Rich in 1996 at the age of eight. She studied Vaganova technique ballet, tap, jazz, and Irish dance, and gained experience in acting, modern, and musical theatre through Christine’s seasonal classes. Michelle danced at CRS through high school, becoming a member of the Christine Rich Youth Ballet Company (2001-2005) and working as an assistant and then teacher for several years.After earning a BA with Honors in Japanese Language & Literature at the University of Wisconsin-Madison, Michelle returned to CRS to teach and dance, honing her skills as a performer, choreographer, and instructor and exploring her continued interest in dance. She competed in the Youth America Grand Prix in 2010 and participated in other performance opportunities and projects with CRS before deciding to explore her passion for dance and performance academically, pursuing a master’s degree at the University of Hawai‘i at Mānoa. After completing her MA in 2013 with a thesis on the Takarazuka Revue, a famous Japanese all-female musical theatre company, Michelle went on to pursue a PhD at York University in Toronto, Canada. She is currently a PhD candidate, completing her dissertation on movement analysis of Disney animated princesses and villainesses.

During her graduate career Michelle has performed in dance, theatre, and music productions and choreographed works for concert dance and musical theatre, receiving the Nancy Takei Award for Outstanding Contribution to the Department from the University of Hawai‘i at Mānoa in 2013 for her interdisciplinary work. She has expanded her dance repertoire to include Graham technique and Limon-based modern, Cecchetti and Bournonville ballet techniques, Bharatanatyam, Hula, Tahitian, and Okinawan dance. She has taught dance technique and academic classes at the university level and is currently the rehearsal assistant and administrator for York University’s resident student dance company, where the skills she learned teaching and dancing at CRS have distinguished her as a unique and valuable asset. She frequently presents work at conferences in Canada, the United States, and internationally, and has won multiple awards for her research, including the University of Hawai‘i at Mānoa’s Halla Huhm Memorial Award for Excellence in Asian-Pacific Dance Research in 2013, the Canadian Society for Dance Studies Iris Garland Emerging Scholar Award in 2014, and the Popular Culture Association of Canada’s Terrance Cox Award in 2016. Her research now explores the role of movement in popular media, and her first book chapter is currently pending publication.

While Michelle has not pursued a career in dance performance, her experiences at CRS have proven invaluable. Michelle draws on the performance and teaching skills she learned from Christine on a regular basis, particularly in her teaching and public speaking commitments, where she frequently receives positive feedback for her warmth, clarity, and creativity. She also learned valuable people skills, including both leadership and group dynamics, and of course the increasingly important skills of time management, adaptability, and staying cool under pressure. These abilities have served her well in her academic career and beyond, and she is proud of how her time at CRS has shaped her.