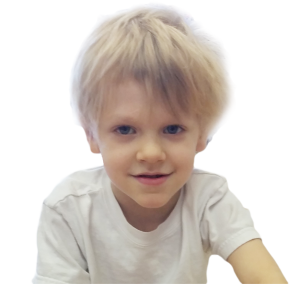 My son Everest is also a student at Christine Rich Studio. He is 4 years old and currently in the Primary Program and soon the Excellence Program. Spending so much time at the studio with his sister it became clear that he also wanted to take dance class.

I was hesitant to enroll him because Everest was speech delayed and also has SPD (sensory processing disorder). Everest was almost completely non-verbal when he first started dance class. Even after receiving speech, occupational and developmental therapy for over two years and being in school for 6 months, he still had a very limited vocabulary and was unable to sit in one place and focus on an activity for more than 5 minutes. I didn’t think he would be able to sit still and focus in class and at first he wasn’t.

Eventually he realized that if he wanted to be able to participate in class that was exactly what he would have to do. He would visit Christine in her office and he began to focus and sit still.

In the year since he started dancing at the Christine Rich Studio his vocabulary has increased immensely. He has words now for almost everything, he can speak in sentences, answer questions and he can participate fully in his dance classes, even those that are an hour long.

Everest’s school teacher says he is excelling now and even told me at the end of last year that he was more prepared to enter kindergarten than some of his classmates that were going to kindergarten, and he still has a year of preschool left. I fully believe that it was because of dance, and because of the fact that he had to stay in one place and focus on the dance teacher in order to participate, that he was able to begin to manage his SPD. And the ability to manage it and focus is what helped him learn to speak.

I’m so thankful for what dance has done for him and the patience his CRS teachers have showed him.